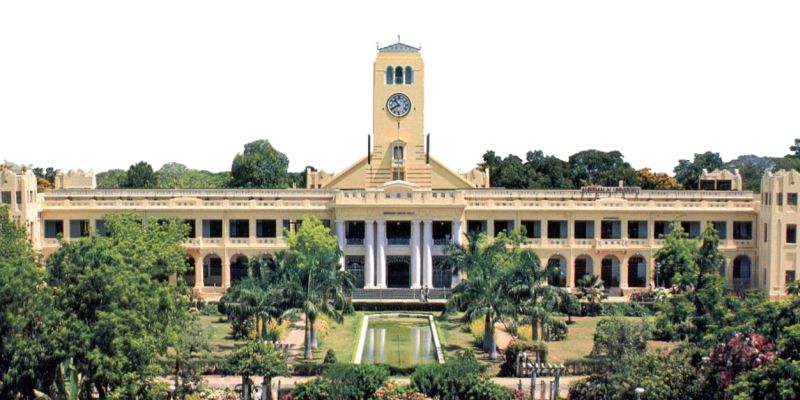 Annamalai University, accredited with ‘A’ Grade by NAAC in 2014, is one of India’s largest public residential universities with 10 Faculties and 49 departments of study. Sprawling over 950 Acres of land, the University does yeoman service in taking education to the doorsteps of the people who are otherwise far from access to centres of higher learning. The University has initiated several innovative teaching programmes over the years and has been a pioneer in distance education.

“The Times Higher Education World University Ranking - 2022” has ranked Annamalai University in 1200+ for Overall category. In the Subject Category Ranking, 2022, the University is ranked 601+ for Clinical & Health Subjects, 801+ for Life Sciences and 1000+ in the Physical Sciences.

“The SCImago Institutional Ranking” (2019) has ranked 9th in Tamil Nadu and 29th among the top 212 ranked institutions for Higher Education in India.

International Comparative Performance of India's Research Base (2009-14), a report published by Elsevier in April, 2016, prepared in collaboration with the Department of Science and Technology, Ministry of Science, Government of India has rated the University as the top Indian Institute in Pharmacology, 17th among the top 30 Indian Universities in Publications with highest subject area Publication Count in Pharmacology. As far as the Global Exposure, Indian Science Ascending, a Springer Nature report, done in conjunction with Confederation of Indian Industries, has ranked the University as 11th among the top 20 Indian Institutions in International Collaborations.

The University has participated in the Southern (Antarctic) Ocean Expeditions (SOE) organized by National Centre for Antarctic Ocean Research 2011 - 12 onwards.

The Directorate of Distance Education established in 1979, and now offers more than two hundred different programmes of study under the Regular Stream. It is credited with the largest enrolment in India and is well equipped with computer and other infrastructure, adequate teaching faculty and administrative set-up of its own, study centres, computer training centres, etc., to serve its students' clientele in their best interest at their door steps. It has also the unique distinction of offering first in India, Postgraduate Degree Programmes in Applied Psychology, Physics, Chemistry, Zoology, Botany, Bioinformatics and Law through Distance Education mode. The Directorate of Distance Education is also offering the Programmes on Fashion Design, Textile Design, Interior Design, Hotel Management and Catering Technology Programmes, Retail Management, Twinning Programme, Programmes on Health Science, Yoga, Music, Fire and Safety.